As we flew into Argentina from New Zealand we realized that we had just completed our circumnavigation of the globe!  We still needed to work our way back up through South America to the United States, but it was a great feeling to know that we were back in the Americas!

Surprisingly, of all the places we had visited in the world, South America is where we have had the most difficulty with communication.  Everywhere else we have traveled, someone around always seemed to know English.  In Argentina this wasn’t the case, so we did our best with the little Spanish we knew and used our Google Translate app a lot.  I was really grateful that right after Argentina we would start language lessons in Peru.

Argentina is a huge country with a lot to offer.  Since we knew we wouldn’t hit everything we focused our travels on the things we knew we already loved about Argentina: Buenos Aires, Argentinian beef, tango, Eva Peron, Gauchos, and Iguasu Falls!

Buenos Aires is the capital of Argentina and with a population of over 17 million it is the 4th most populous city in the Americas.  Many people say it is the most “European” of South American cities because of the strong Spanish influence.  As we explored the city, it was easy to see how it had received this reputation.  There were tons of parks, huge statues, and large buildings, all reminiscent of some of the large European cities we had visited at the beginning of our year out. 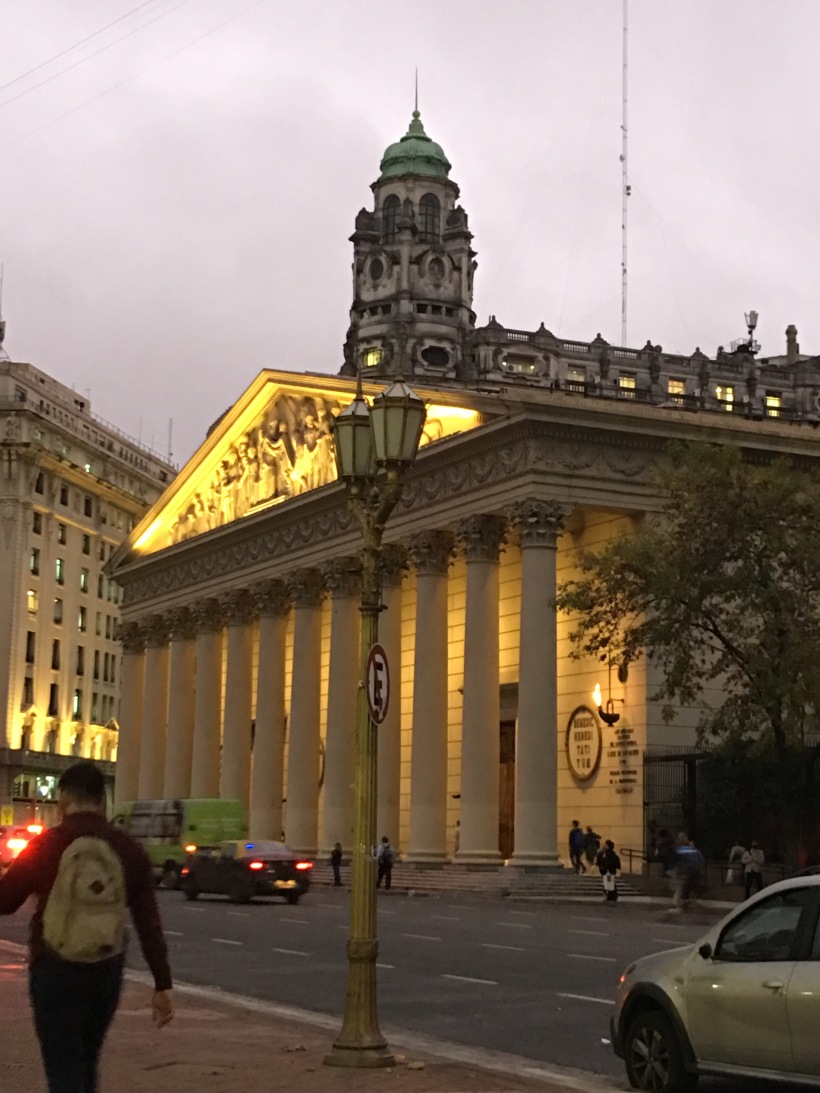 We wandered the city for a couple of days, visiting some of the most popular places to see.

Surprisingly, my favorite place we visited in Buenos Aires was La Recoleta Cemetery.  This is unlike any cemetery I had ever been to before and is often hailed as one of the most beautiful cemeteries in the world.  We enjoyed a peaceful walk through it, marveling at the ornate crypts of former Presidents, Nobel Prize winners, military leaders, and even Napoleon’s granddaughter. 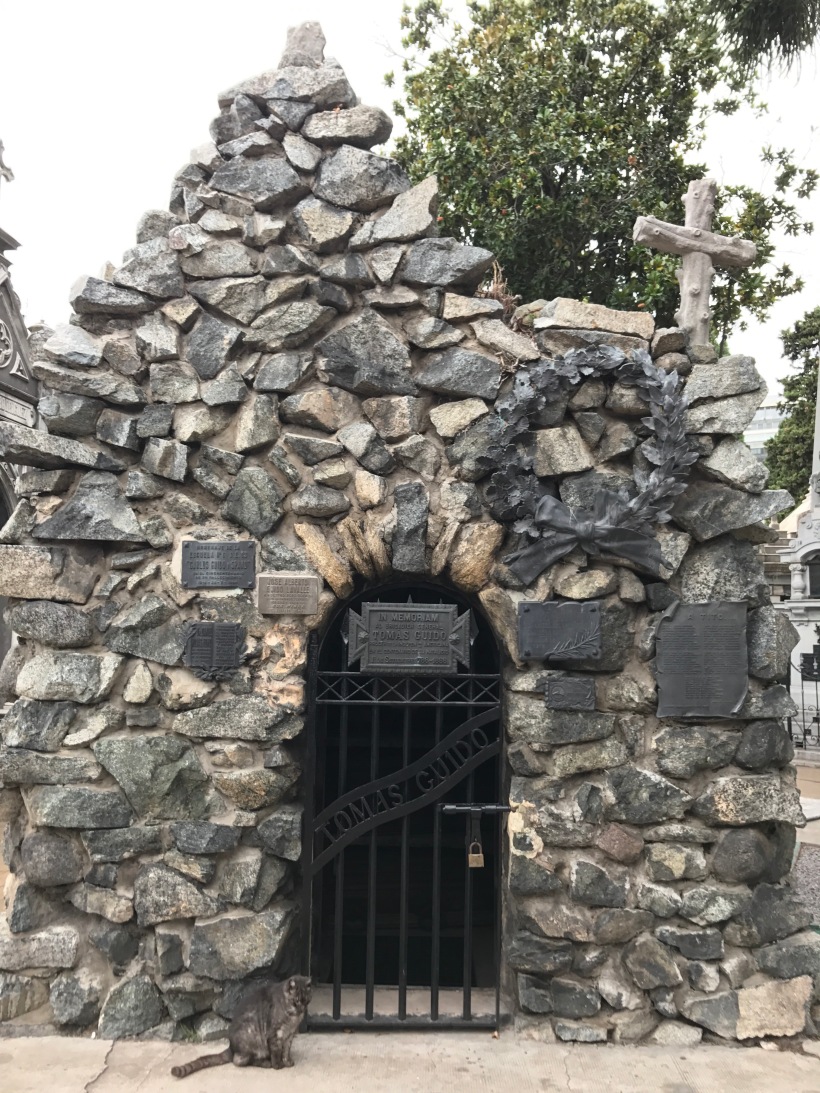 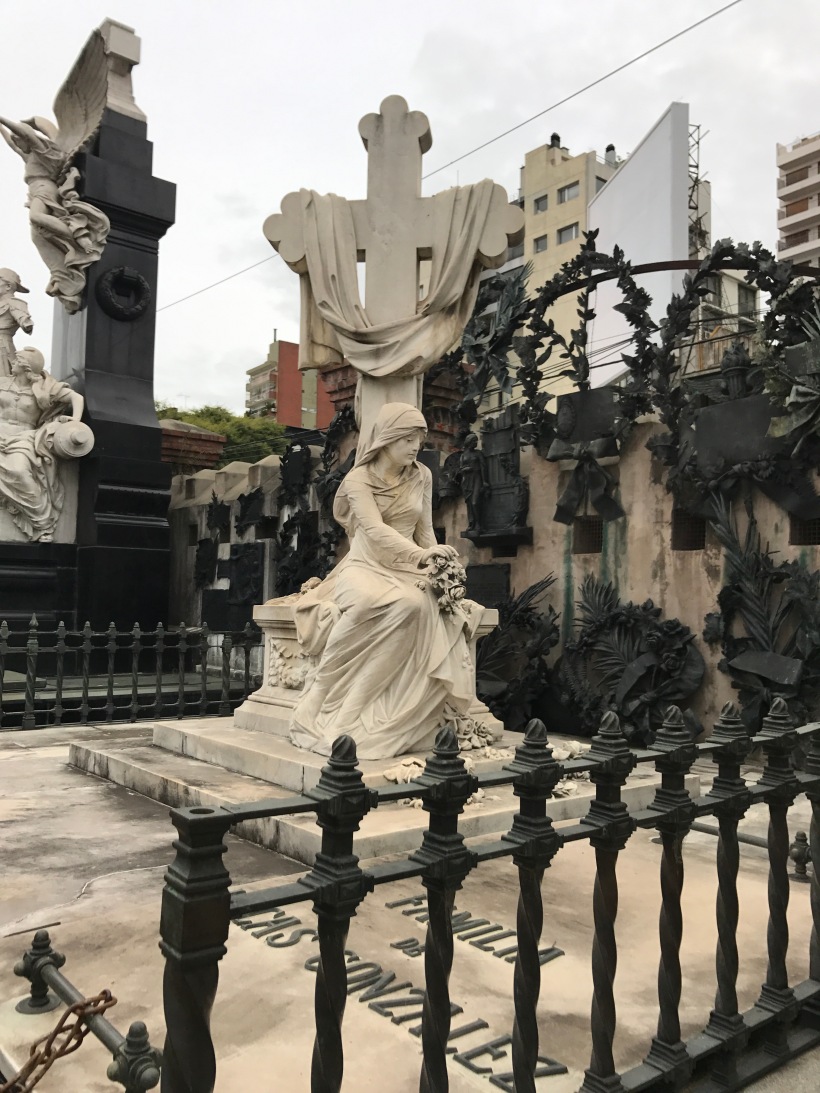 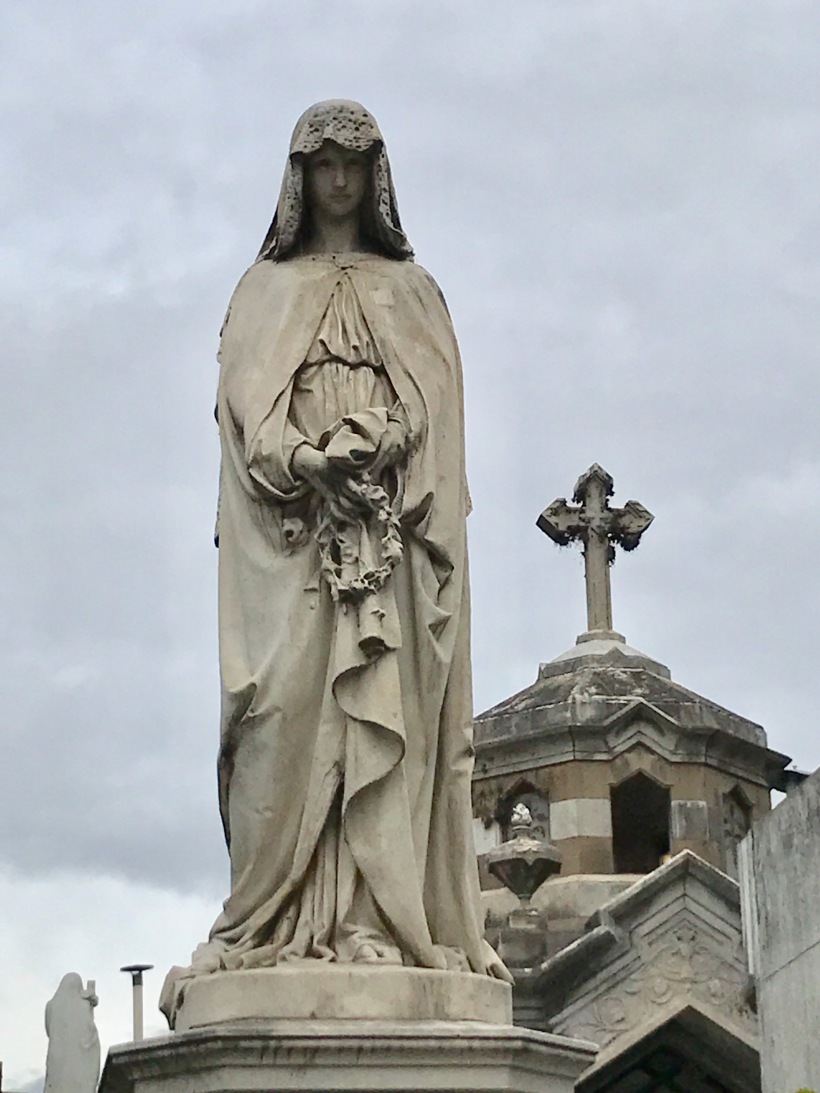 I took so many pictures while I was there, it was such a beautiful experience.

My favorite steak house of all time is an Argentinian Steakhouse in Portland named El Gaucho.  So, one of the first things we did upon arriving in Argentina was find a great restaurant in Buenos Aires to get a real Argentinian Steak.  It was delicious and the portions were huge! 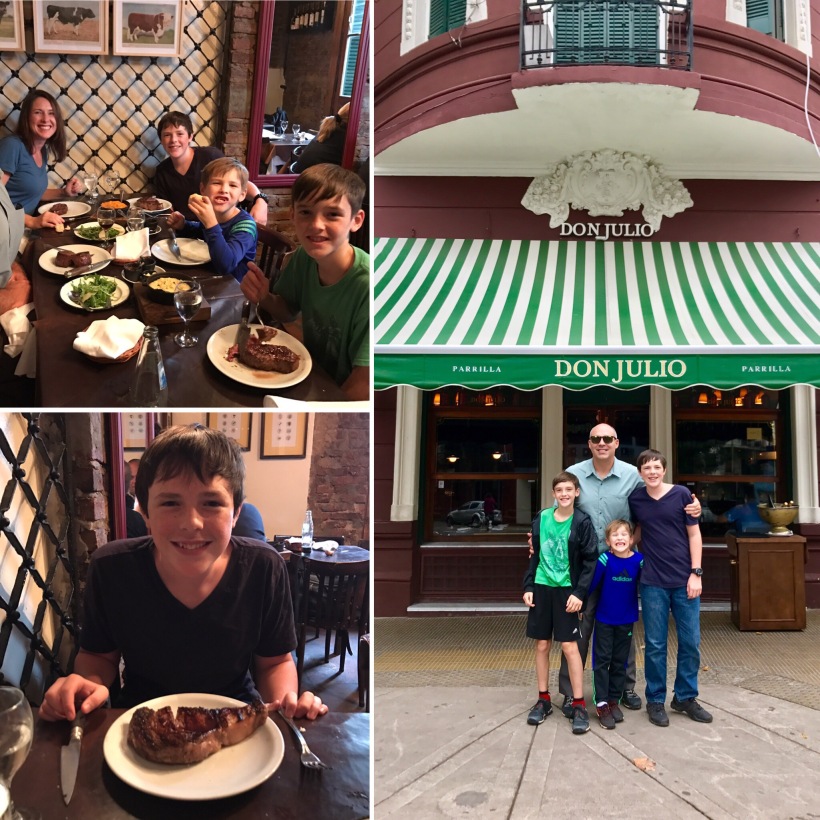 Jeromy and I went out one night while in Buenos Aires to dinner and a Tango show at Esquina Carlos Gardel, named after a famous Tango singer who used to frequent the place.  It was fun to see the talented dancers, singers, and musicians come together to present an impressive performance in such a historic place. 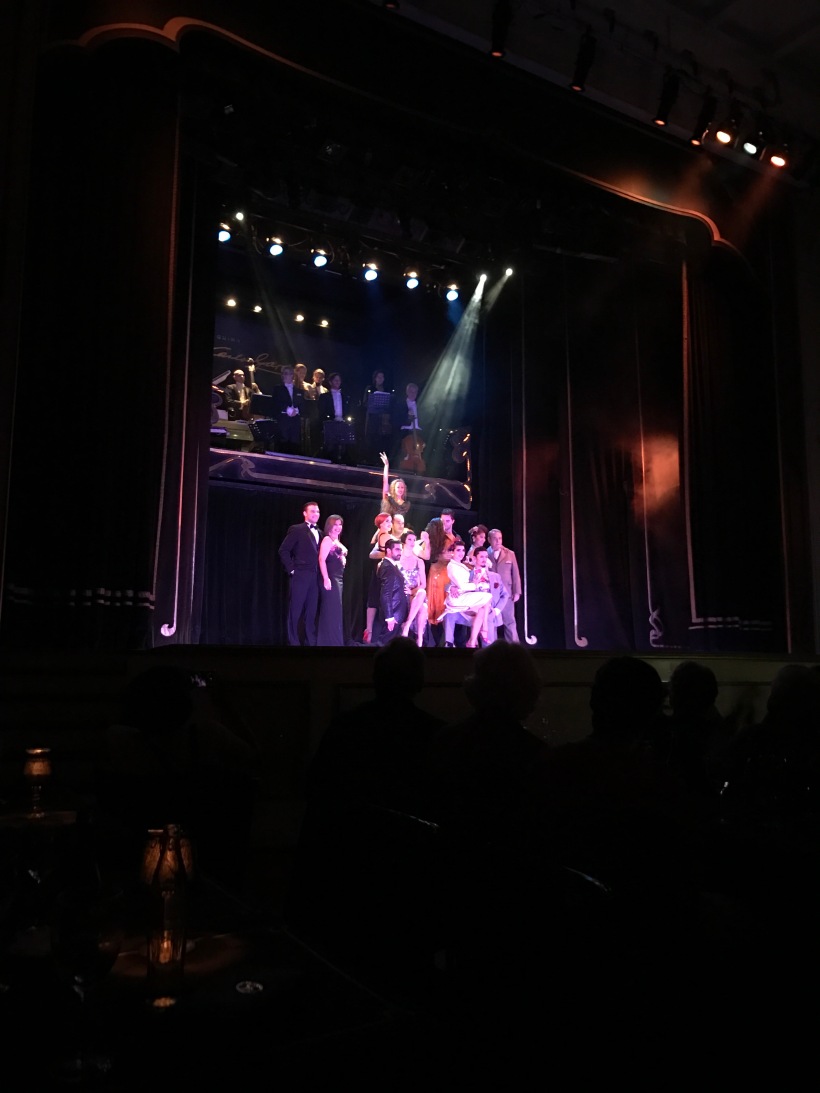 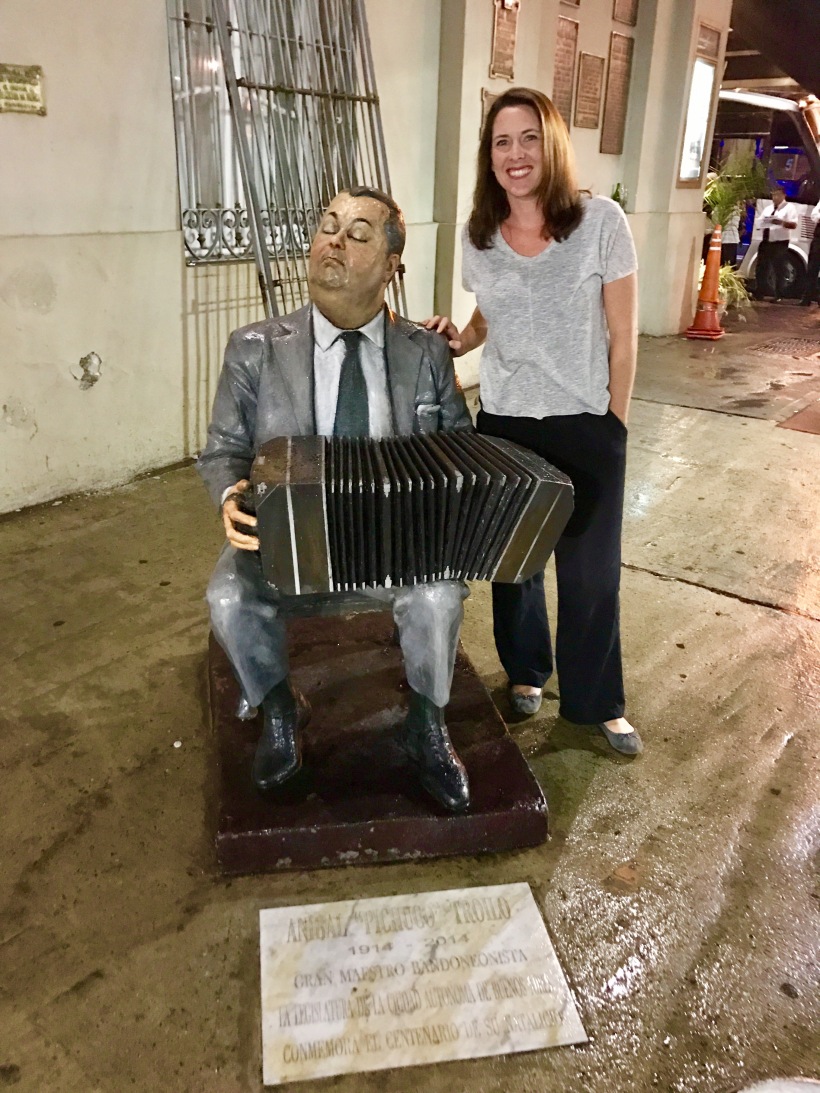 I loved the movie Evita and we watched it again while in Argentina in preparation for the things we would be learning.  While the boys were a little bored by it, I enjoyed seeing the sights and learning more about an incredible woman.  Yes, she was flawed, but aren’t we all?

Staying at an Estancia (ranch) with real Gauchos (cowboys) was a must on our list of things to do in Argentina.  We stayed two nights at a beautiful old estancia near San Antonio de Areco, Estancia La Portena.  The estancia itself is a national historic monument and over 180 years old.  We were able to stay in the old farmhouse built in the 19th century.  I loved seeing all the antiques that had obviously been there since the beginning.  I am fascinated by old books and enjoyed discovering an old 1910 set of Encyclopedia Britanicas! 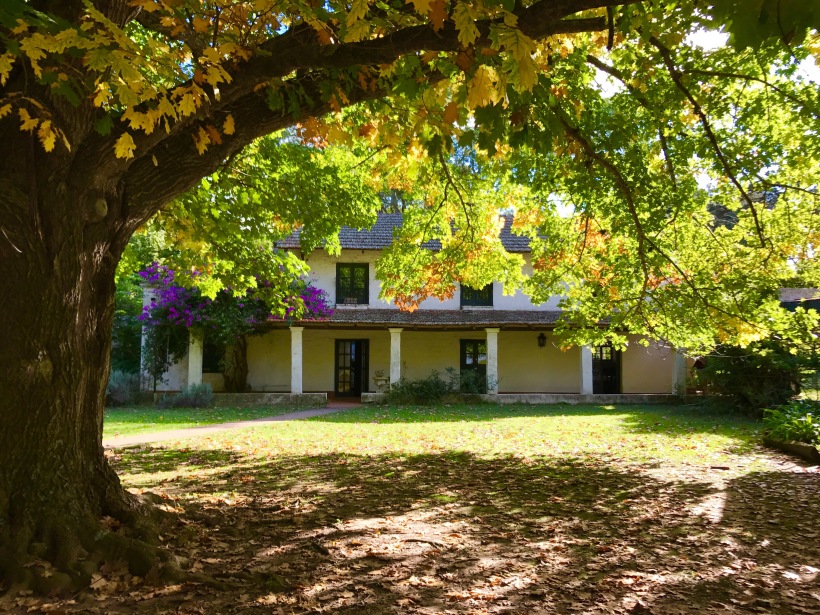 While there, we were able to ride horses twice a day… 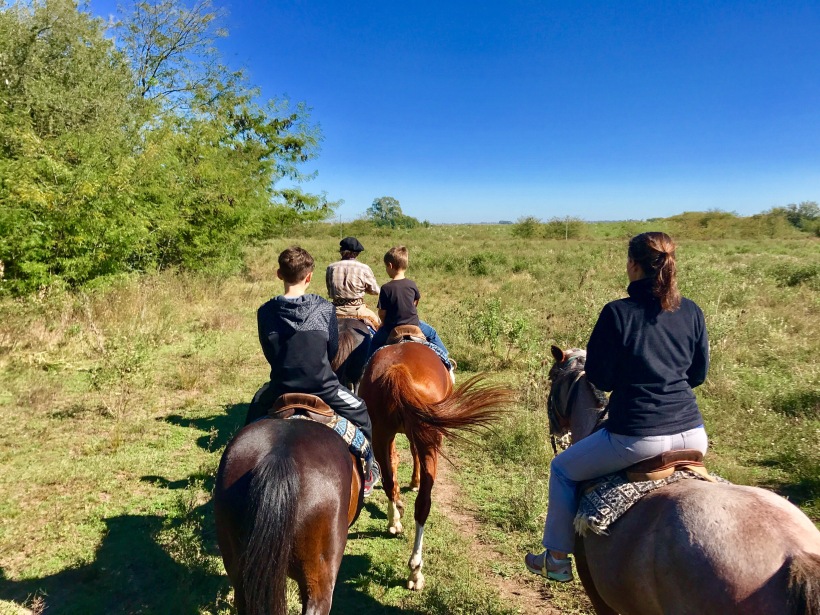 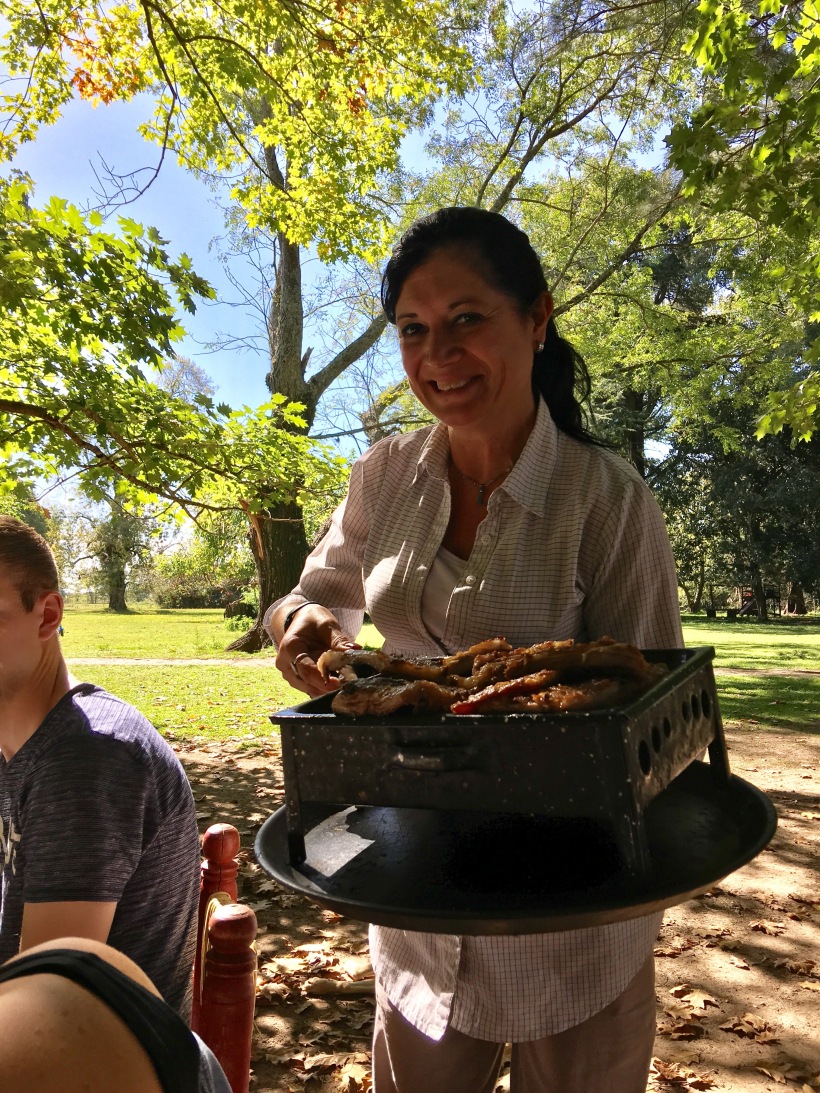 and relax in the tranquil atmosphere… 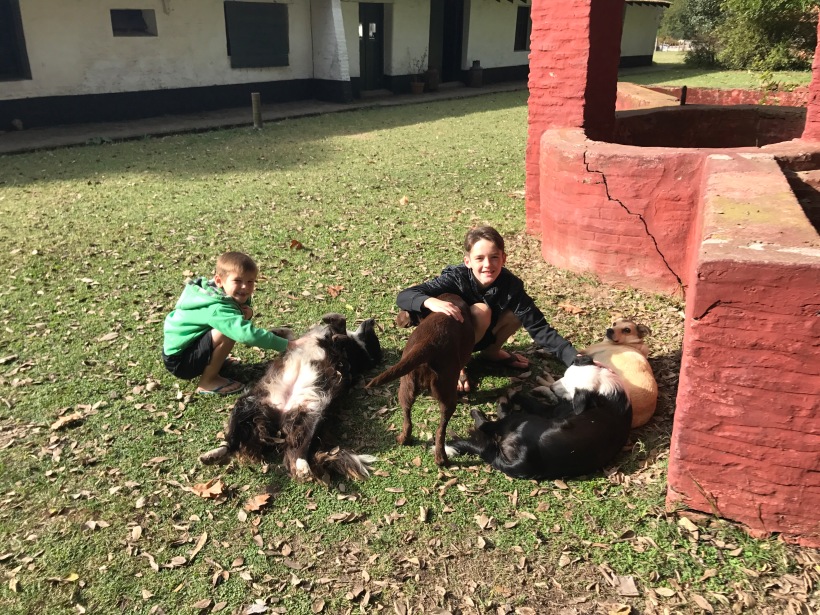 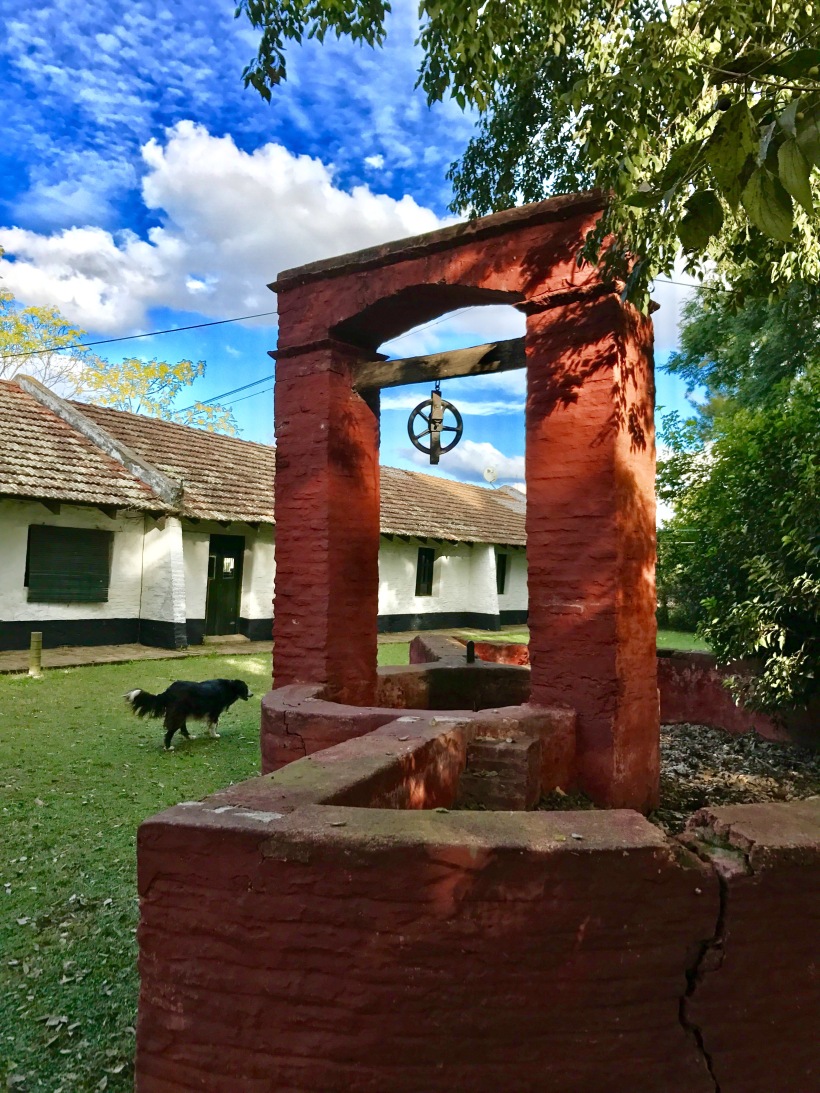 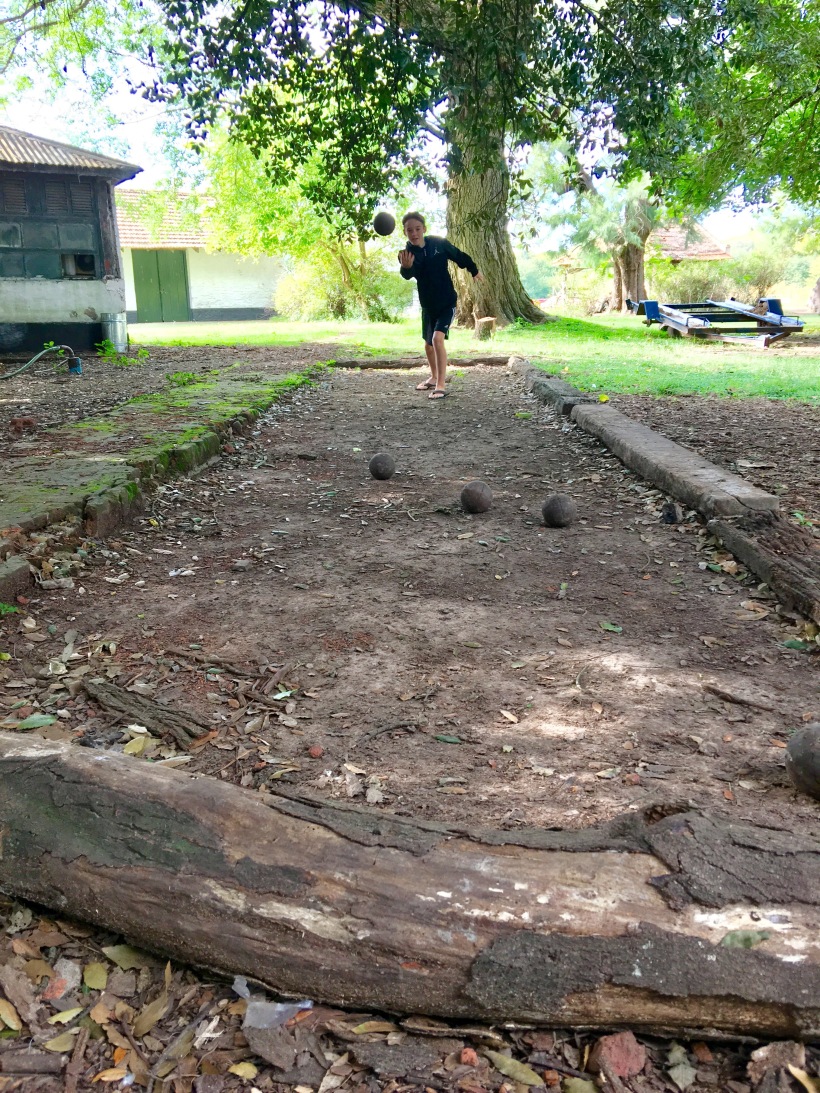 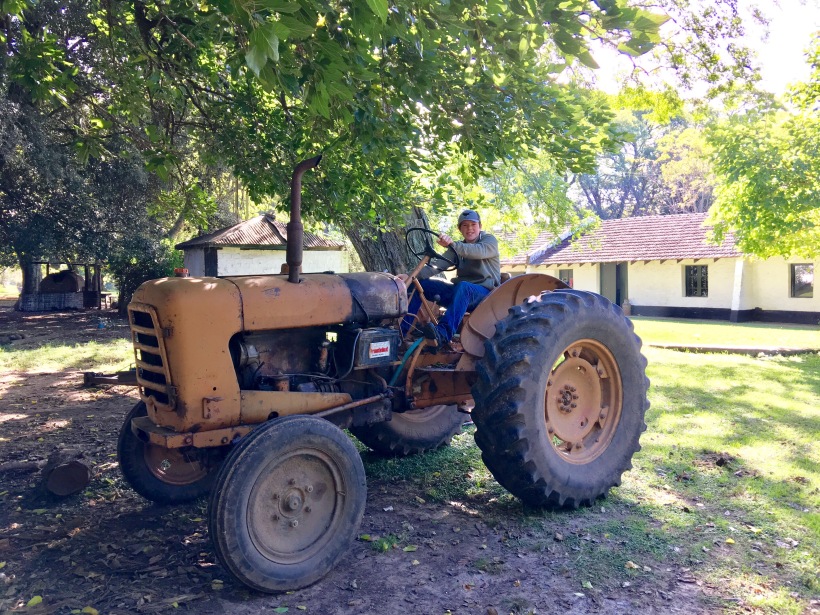 The estancia was a lot of fun and a wonderful respite, after our time in bustling Buenos Aires.

Wow!  Iguasu Falls did not disappoint!  The falls are the largest waterfall system in the world with over 300 waterfalls! 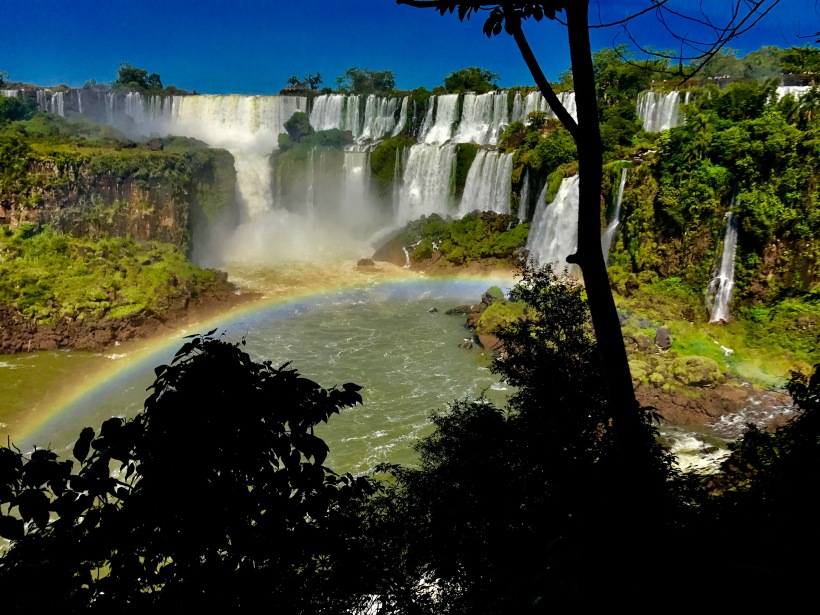 We went two different days to the falls.  The first day we hiked around seeing many different viewpoints. Unfortunately for us, we ended up being there on the busiest weekend of the year, but it is such a huge area, once we got out near the falls, it hardly mattered. 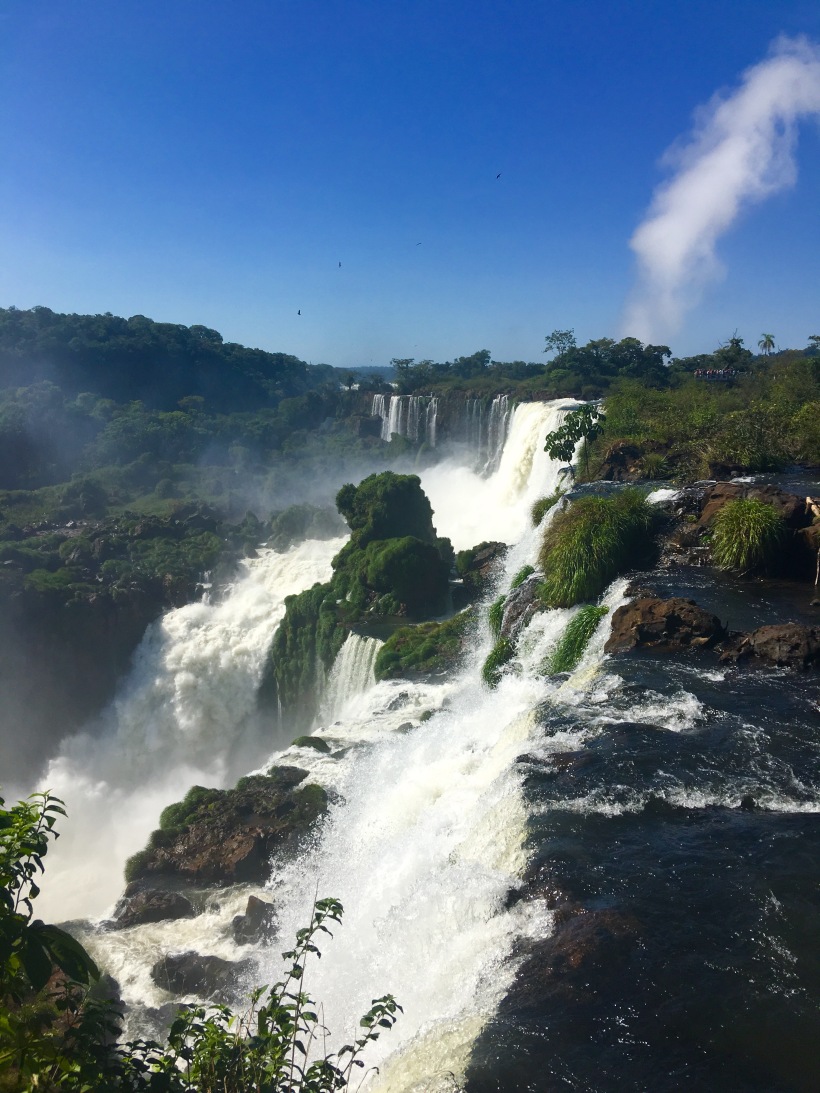 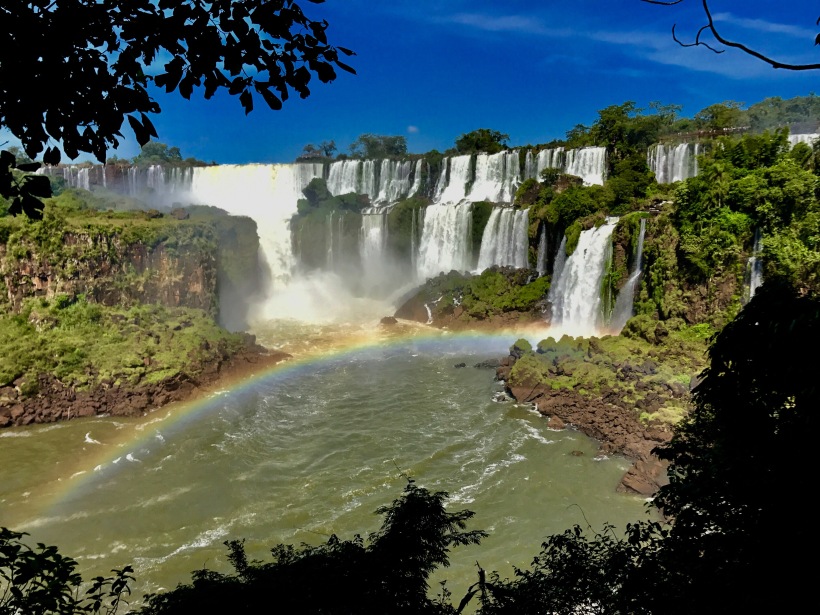 All of the waterfalls are impressive, but over half of the water from the Iguasu river, that seperates Brazil from Argentina, runs into the U shaped area called The Devil’s Throat.  We were able to see this area the second day we went.  It was incredible! 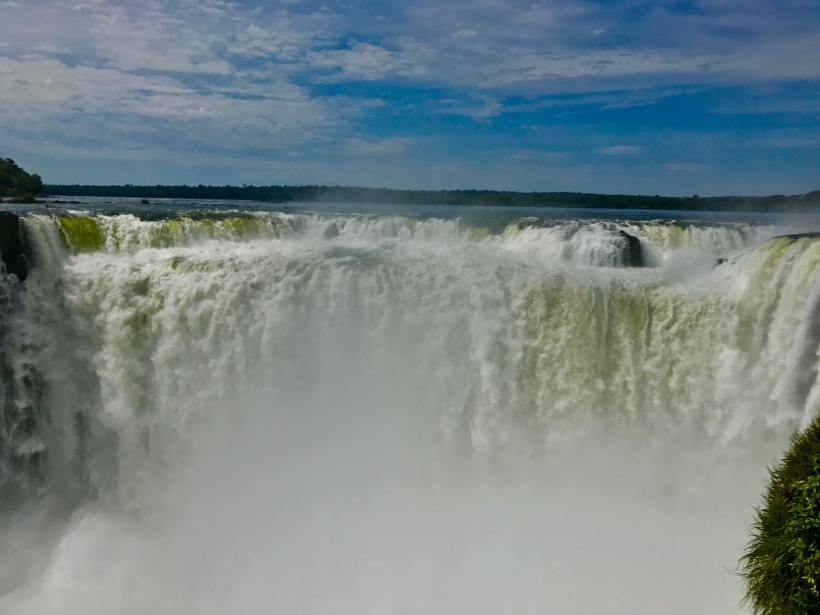 To celebrate my birthday, Jeromy and I went by ourselves on a boat ride to see the falls from underneath.  It was an intense experience and we truly ended up under the falls and getting completely soaked!

One other fun thing about the Falls was that everywhere we went there were butterflies!  It was so beautiful!

There were also plenty of coati around to steal your lunch or any other food you had out in the open!

While most of the things we saw in Argentina we already knew a little about, two missionaries introduced us to one new and very important thing in Argentina…Alfajores.  These are delicious cookies, full of dulce de leche (caramel), and often covered in chocolate.  They can be found almost anywhere and in an effort to get the full Argentine experience, after learning about them, we did our best to try Alfajores whenever we could.  The best ones we came across were in San Antonio de Areco a small town near our estancia.  Delicious! 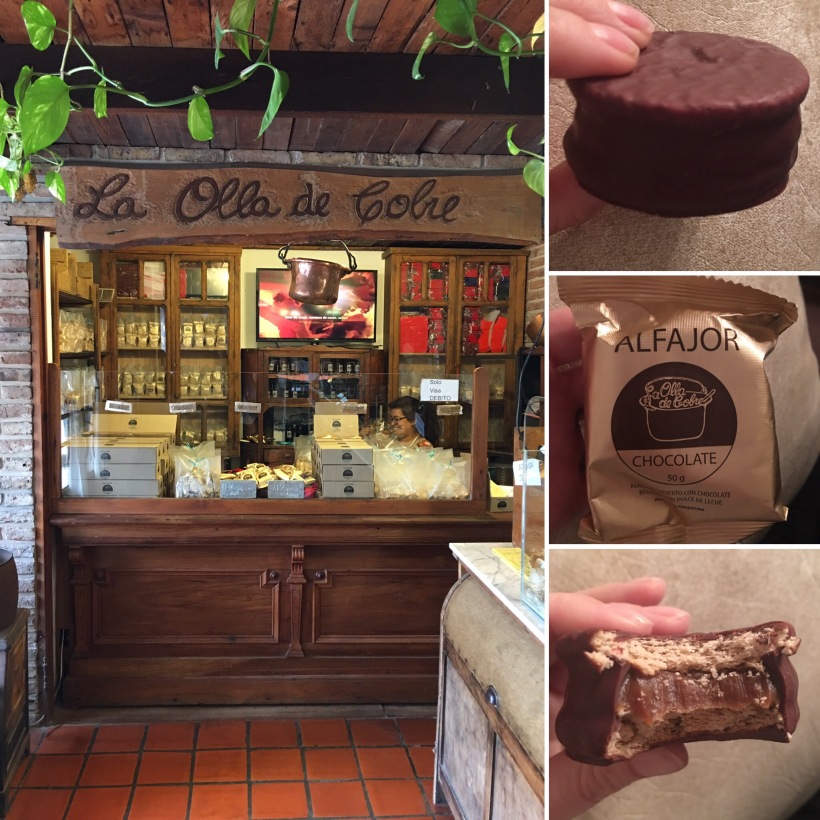 Entering this final phase of our trip around the world, and seeing the end in sight, caused us all to start feeling a bit “trunky” (excited to get home again).  Because of this, there was more talking about the joys of living in the USA (the food, the friends and family, normal sidewalks and roads), and the frustrations of travel (paying to go to the bathroom, not being able to communicate, packing and repacking, sleeping in a different place every few days).  We still had a lot of fun things planned though and as we headed to Peru, we were looking forward to some exciting new adventures!

One thought on “Out in Argentina”